The most popular bob style today is the soft but strong, equally beautiful, straight or wavy bob. What is the secret to creating a perfectly structured bob? For a lot of stylist it's the use of textured scissors!

Stylist Paul Jones recently went live at BTC University to show his technique, as well as explain four problems that can be encountered when using texture scissors and how to solve them.

How to use the texture scissors the right way

Textured Scissors: The Key to Creating Instagram's Most Popular Haircut

The goal of today's modern bob is a smooth, forceful cut, even if it looks loose, it is still a precision cut. Using the symmetry of the Kenchii Texturizer offers not only tons of movement, but also a lot of forgiveness when cutting.

"Think about cutting your line with Kenchii Thinning shears is like making a sketch with a pencil," explains Paul, "It's very forgiving because you can see what you're cutting while you're cutting and visually sculpt your haircut.

SOLUTION: By adding a slight graduation to a modern bob you can give a haircut a little boost and shape, explains Paul. But starting the trim too high can leave the hair thin and too textured. Paul suggests using a wide-tooth comb and textured scissors to aim the cut. "You only want to cut half to an inch into the hair," Paul explains. "When you cut low, you don't break the yoke line, but you still bring the cut to life.

How to hold the textured scissors

SOLUTION: Paul changes the way he holds the texturizers depending on the technique - that's why he suggests using reversible texture scissors, like the X1 Texturizer Scissors. 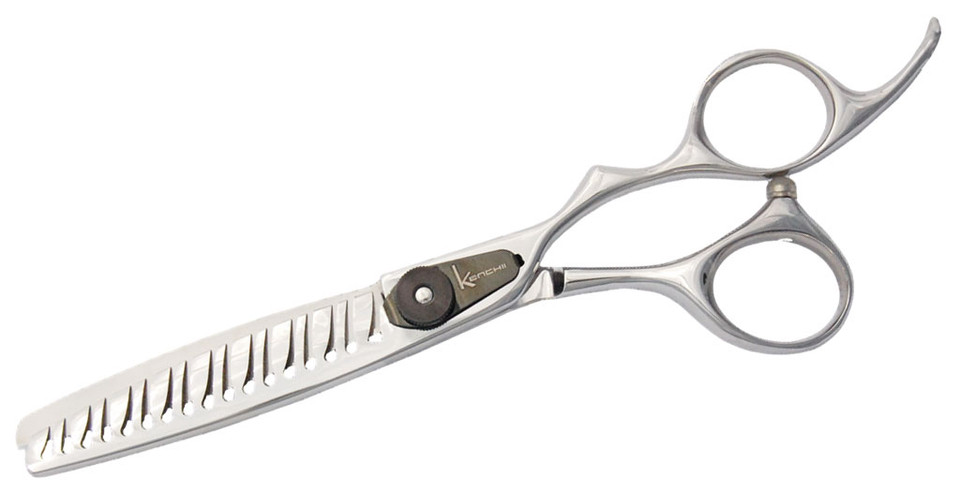 Why? They allow you to cut your hair using both sides of the blade, which allows you to place your hand and body in a more comfortable and ergonomic position.

Cut the perimeter of a yoke with textured scissors

SOLUTION: Paul emphasizes the need to create a clean line with a straight shear, such as the Kenchii Envy Vibe scissors, at the beginning of the haircut to create a guide to follow when cutting with the texture shear. We recommend that you hold the shear with the tip down and the side of the tooth pressed against the skin. This way, the teeth of the shear grip the hair and the hair stays in place while the line is cut. 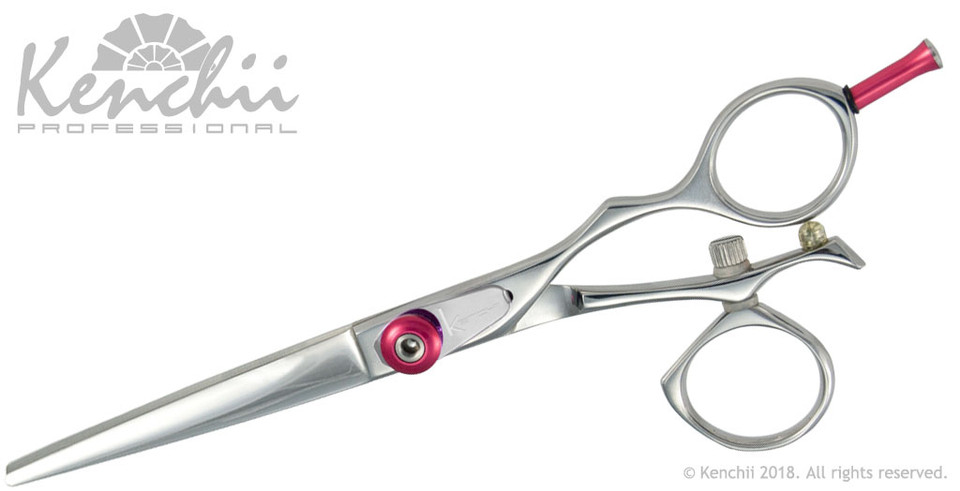 Use textured scissors without creating frizz

SOLUTION: One of the characteristics of a good haircut is good growth, and the friction effect cannot be remotely similar. Paul suggests thinking of texturizers as a "soft shear". Because they allow you to visually see where you cut your hair, there is less cuticle damage if you cut slowly and on purpose. "In my opinion," Paul adds, "using a straight shear and scratching the hair is more damaging and will create more frizz when the hair grows.

This is how Paul would deal with the following techniques:

Slip Cutting - Hold the textured scissors so that the straight side of the blade is at the top and enters the hair first.

Scissors on the comb - Hold the scissors so the tip of the scissors is down, use a wide-tooth comb so there is not much tension in the hair and have the blade straight at the top with the teeth right against the client's skin for control.